Another Extension on Mortgage Debt Relief - Is it Possible?

Perhaps you’ve already heard the news—that the Mortgage Debt Relief Act Extension was on the docket as part of the lame-duck session in Congress. It’s important for short sale sellers across the United States to get that extension if they are to continue to receive mortgage debt relief on their income taxes after the end of 2013, when the Act finally expired.

What Is the Mortgage Debt Relief Act? 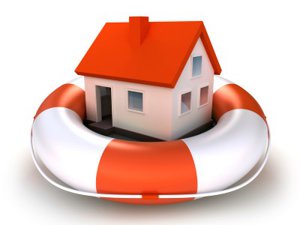 Initiated by President Bush, this IRS Act was a tax break that saves struggling homeowners from paying thousands of dollars to the IRS. As it stands right now and continuing through the end of 2013, distressed borrowers in certain situations are not be responsible for paying taxes on any of the forgiven debt associated with a short sale, a foreclosure, or a deed-in-lieu of foreclosure. (Note that the amount of debt forgiven is reported on the 1099-C, and sent to all borrowers. It is the borrower that would be responsible for addressing the debt forgiveness when completing a tax filing.)

Prior to the enactment of the Mortgage Debt Relief Act of 2007, if the short sale lender forgave $50,000 in debt, borrowers were responsible for paying the income tax (on the $50k) at their current tax rate.

California Is One Lucky State – No Tax Penalties

California homeowners will not face tax penalties when selling their homes in short sale, despite the fact that the benefits of the Mortgage Debt Relief Act of 2007 will end on January 1, 2014.

Thanks to a letter from Senator Barbara Boxer to the IRS, Californians now have that clarification. In November, Senator Boxer received a response from this IRS clarifying that California families who have lost their homes in a short sale will not be subjected to a tax penalty for debt forgiven after the federal law prohibiting such penalties expires at the end of this year, and the Franchise Tax Board has agreed with those clarifications.

Enacted in July of 2011, California has an anti-deficiency law that protects homeowners from lenders attempting to collect additional assets in the case of a closed short sale transaction. But until Senator Boxer wrote her letter, the IRS had not clarified how this might play out in California. Like many Californians, Senator Boxer noted that with the end of the Mortgage Debt Relief Act of 2007 just around the corner, “…distressed borrowers may face the unfortunate incentive to go to foreclosure rather than seek a short sale in order to avoid a large tax bill.”

The IRS reply included excellent news for California homeowners, clarifying that these families will not face burdensome tax penalties as a result of participating in a short sale—specifically because of the state anti-deficiency statutes. With approximately 55,000 anticipated short sales in 2014 in the state of California, this is good news for those distressed borrowers still on the fence about selling as a short sale.

The Problem Is in the Other 49

Since the argument put forth in the IRS letter specifically relates to California’s anti-deficiency law, it stands to reason that if you live in another state that has an anti-deficiency law, you might be okay. But, don’t take my word for it, and please look into it further and consult an accountant. And… pray that all goes as you hope and Congress votes to extend the Mortgage Debt Relief Act retroactively.